Distilled from the agave plant, artisanal mezcal has been made in Oaxaca for centuries.

From harvest through distillation, each step is guided by hand and the ensuing spirit celebrates the distinctive flavor of agave and the artistry and expertise of each maestro mezcalero (master distiller).

The soul of mezcal is expressed through agave variety, the village where it is grown, and the family who produces it. Nuances in style and technique, passed down through generations by each mezcalero (mezcal distiller), combined with wild fermentation shape the mezcal.

Casa Cortés mezcals are made traditionally. Each bottle is inscribed with the species of agave, palenque (distillery), village, maestro mezcalero (master distiller), as well as the batch, lot and bottle number in order to fully connect the drinker with the land, people, and plants at the heart of their mezcal.

Agave, or maguey in Spanish, is a succulent plant native to the diverse, desert climates of the Americas. The species boasts hundreds of varieties and has been used by people as a sustaining source of food, clothing, medicine and materials for thousands of years.

An agave's growing environment - soil type, elevation, exposure, rainfall, and surrounding vegetation - in concert with its variety, contribute to the taste of the resulting mezcal. Many different varieties of agave have been identified in the production of mezcal and each one is unique in its growth cycle, habitat, and subsequent expression of the spirit.

The agave Espadín is the most widely cultivated species, due to its large size, high sugar content, and durability in harsh growing conditions. It takes 7-10 years to mature before it can be harvested, which is a very long period, but not when compared to wild varieties of agave that take 10-30 years to mature. Unlike many of the agave varieties that are unique to Oaxaca, Espadín also grows in many other regions of Mexico.

Wild agave species and sub-species, such as Tobalá, Barríl, Tepeztate, Mexicano, and Jabalí, are normally found in the more mountainous, wild regions of Oaxaca, often very difficult to access for humans, growing in symbiosis with a specific geography and vegetation. Wild agave species, however, are also being cultivated at a much higher rate, due to the efforts of responsible mezcal producers and agave farmers to sustain agave populations despite increasing mezcal production. 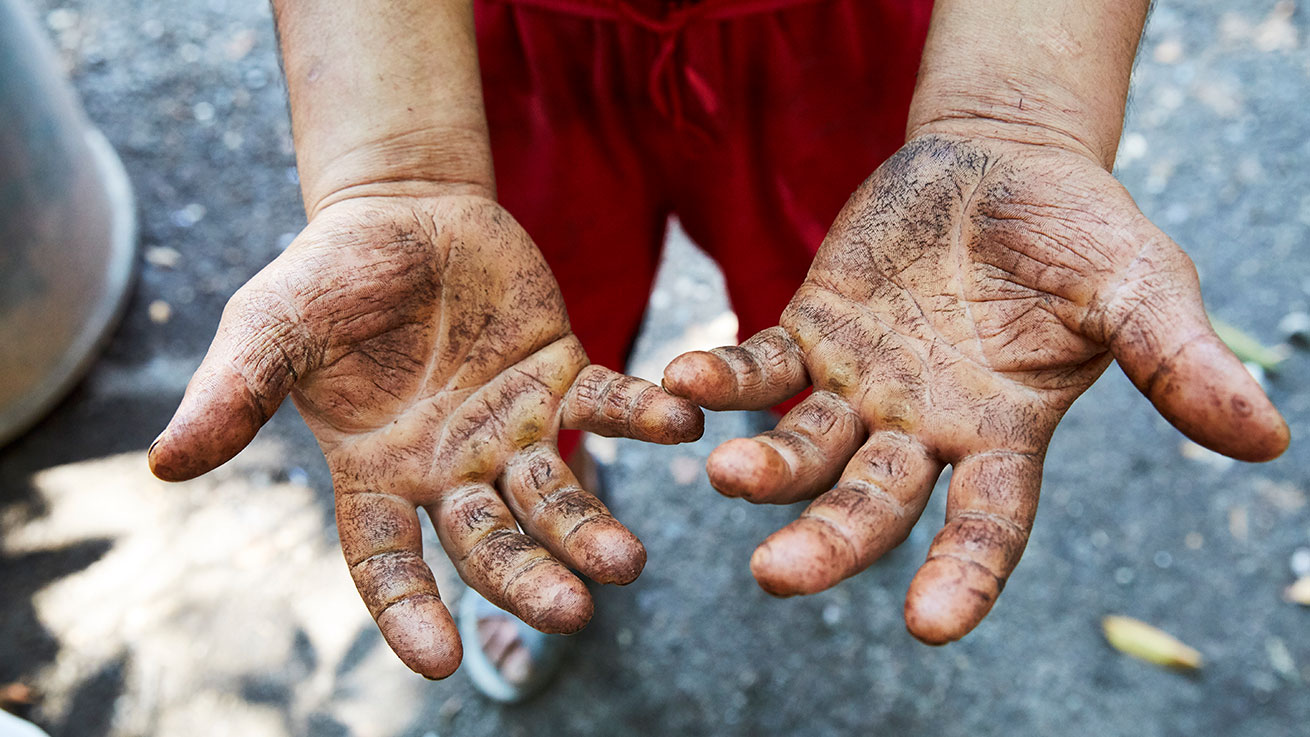 Depending on the variety, agaves used to make mezcal take somewhere between 6 and 35 years to reach maturity. At this stage, the agave is preparing to flower and begins to condense sugars and nutrients in its core in order to grow its reproductive stalk called a quiote.

The maestro mezcalero will monitor the agaves when the qiote begins to grow. At the right moment, the mezcalero will cut off the quiote, leaving nowhere for the sugar and nutrients to go but into the heart of the plant. A few months after this castration, the agave is ready to be harvested.

With a machete or ax, the long, stiff pencas (leaves) are sheared, leaving a piña (heart of the agave) which gets its name from its resemblance to a pineapple.

The harvested agave piñas are brought my donkey or truck to the palenque – an open-air, covered space where all of the mezcal production takes place. Next to the palenque is a large pit dug out of the earth that is used to roast the agave.

A large wood fire is built in the pit in anticipation of the agave roast. Once the fire burns down, rocks are tossed to cover the burning embers. The rocks reach the perfect temperature and the agave piñas are quickly piled into the pit, covered with bagaso (spent agave fibers from previous batches), soaked burlap and dirt.

Depending on the size of the batch, type of agave and style of the producer, a roast can take from 5-10 days. During this slow cooking process, the starches in the agave are converted to fermentable sugars and the plant softens making it easier for the next step in the process.

The dense fibers of the agave need to be crushed or shredded in order to release their caramelized juice for fermentation. The roasted agave is removed from the earthen pit, chopped into smaller pieces by hand and then crushed by tahona, or a small mechanical shredder. Tahona is the Spanish word for mill and in mezcal production refers to a giant stone wheel that is pulled by a donkey, mule or horse in a circular pit to crush the agave.

Fermentation is a natural, metabolic process caused by yeast and bacteria that converts sugars to alcohol, gases and acids. The crushed, cooked agave is shoveled by hand into large wooden or plastic vats and water from a local source (spring, river, or well) is added.

Unique, wild yeasts are living in an around us all the time. They float into the open-air palenques colonizing the fermentation vats and naturally begin the fermentation process of the sugary liquid within. This natural fermentation, completely unaided by added yeast or enzymes, typically lasts 8-10 days. The fermenting agave juice warms and bubbles as the sugars are converted.

When most of the sugar has been converted to alcohol and the yeast eventually starves itself to death, the fermentation is complete. The liquid is now quite dry and mildly alcoholic between 4 and 7% ABV.

The fermented agave juice and its fibers are transferred by hand to wood-fired, copper, pot stills. Most of the Casa Cortés mezcals are distilled twice. The heart of the first distillation typically yields a spirit around 35% ABV. This spirit is then distilled to proof anywhere from 45-55% ABV.

The Maestro Mezcaleros of Los Bigatones in Ejutla have a modified pot still that has a single rectifying plate in the top of the still. They do a single, long distillation that lasts from 12-15 hours.

Our pechuga, like most, is made with a third distillation.